As we ring in the new year, I thought it high time to resurface of sorts and throw an update on the state of the Fantasy Leagues mod.

OOTP Fantasy Leagues 0.3 beta is in progress and will be released in the first or second week of this month. It is aimed mainly at adding some administrative features to the site and includes some critical bug fixes and several enhancements thrown in for good measure as well. As with 0.1 and 0.2, this update will be available as either a patch or full install. I’ve run numerous test installs using both methods and have the majority of the kinks worked out.

I’m also planning for this to hopefully be one of the last releases under the “beta” program. The mod has been in beta since July, so I think it’s in a pretty stable state now. I hope to run one or two more beta seasons on my nabl.aeoliandigital.com web site in the next couple weeks and I expect and plan to patch and upgrade moving forward as well. I also know how the “beta” label can cause some people to want to wait to install and use it, so I want to try and remove that blocker and get it out to as many users as possible.

Peteg9699 identified a significant issue where loading a historic MLB leagues was causing problems when trying to view the player’s stats page and, more importantly, running a draft. This was because the stats engine was defaulting to using the current calendar year when fetching players stats and not using the year defined in the OOTP league table. The stats engine patch fixes this glitch and adds support for historic leagues now in place. A few additional issues on the team rosters page and the player’s profile have been resolved as well.

One big area where issues have seemed to keep cropping up is within the installation process. Because this mod is based on CodeIgniter, it requires several core config files to be updated with the unique system properties and then written to the server during install. The way CodeIgniter is built, there’s just no way around this. Server script access is always a touchy area for non-technical web users, especially those using shared hosting where permissions are limited and information about what is write accessible and what is not can be scare. So I’ve tried to enhance the installer process to accommodate these issues.

The installer has previously tested whether directories were writable just before attempting to write the necessary data to the config files but after the database had been loaded up. Now, the installer tests before anything is committed to the database to help users of the mod tackle these issues before they get too far along in the process.

Well, I can’t release a new update without throwing in some new features as well, right?  So in that spirit, there are several new additions to the site to go along with this release.

Next up, a look forward to patch #4 and some of the BIG things that will be coming up soon for the mod and the effect these will have on the overall direction of this and associated projects (oh yes, I said projects).

Second Patch is in the works
Quick Change of Plans 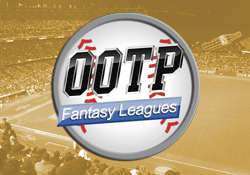 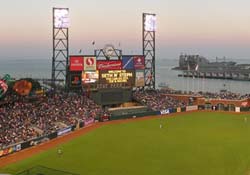